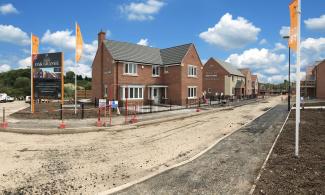 The team created an adoptable road solution for new housing development Oak Grange. Derby City Council’s overseeing engineer had previously highlighted various issues surrounding the creation of a permanent adoptable road that needed to be resolved before the adoption could progress.

The Wrekin team visited the site and identified that, before using a geogrid solution to significantly reduce the road foundation thickness, a performance trial was needed to prove efficacy for implementation. This was due to the very weak subgrade and the potential for differential movement.

First, Wrekin cleared a 20 metre long on-line area down to the sub-formation, with an additional ten metres at either end to allow for access and egress. An initial layer of MultiTrack™ MT1000 geotextile membrane provided separation of fines and filtration of water flow, which could have otherwise weakened the foundation over time. 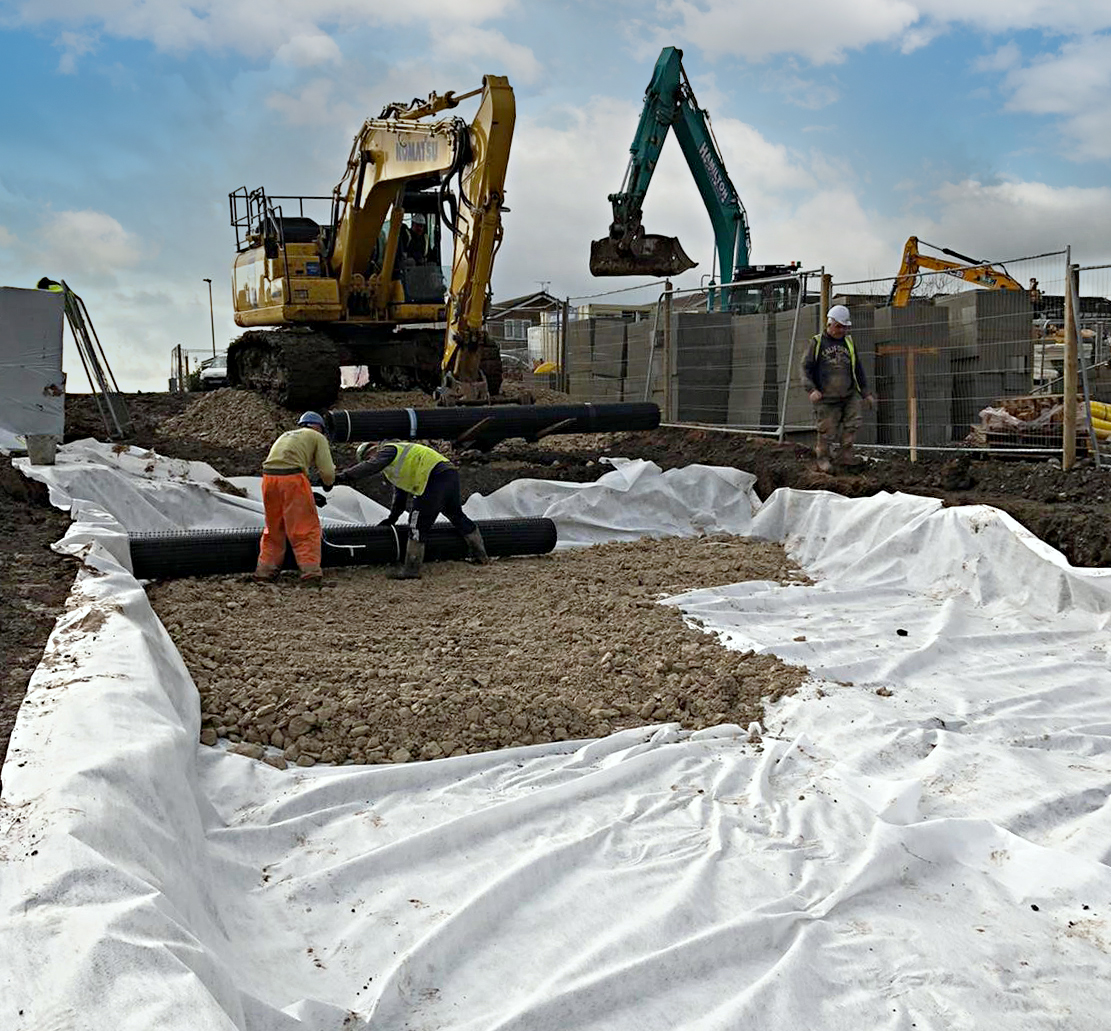 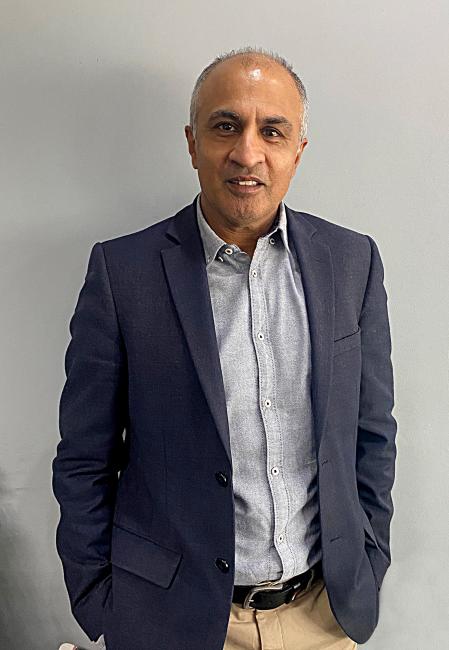 A further granular sub-base layer was installed and tested, producing results between 70% and 100%, far exceeding the requirement of the pavement foundation. This confirmed that the geogrid solution and application was suitable for adoption to overcome the identified problems. 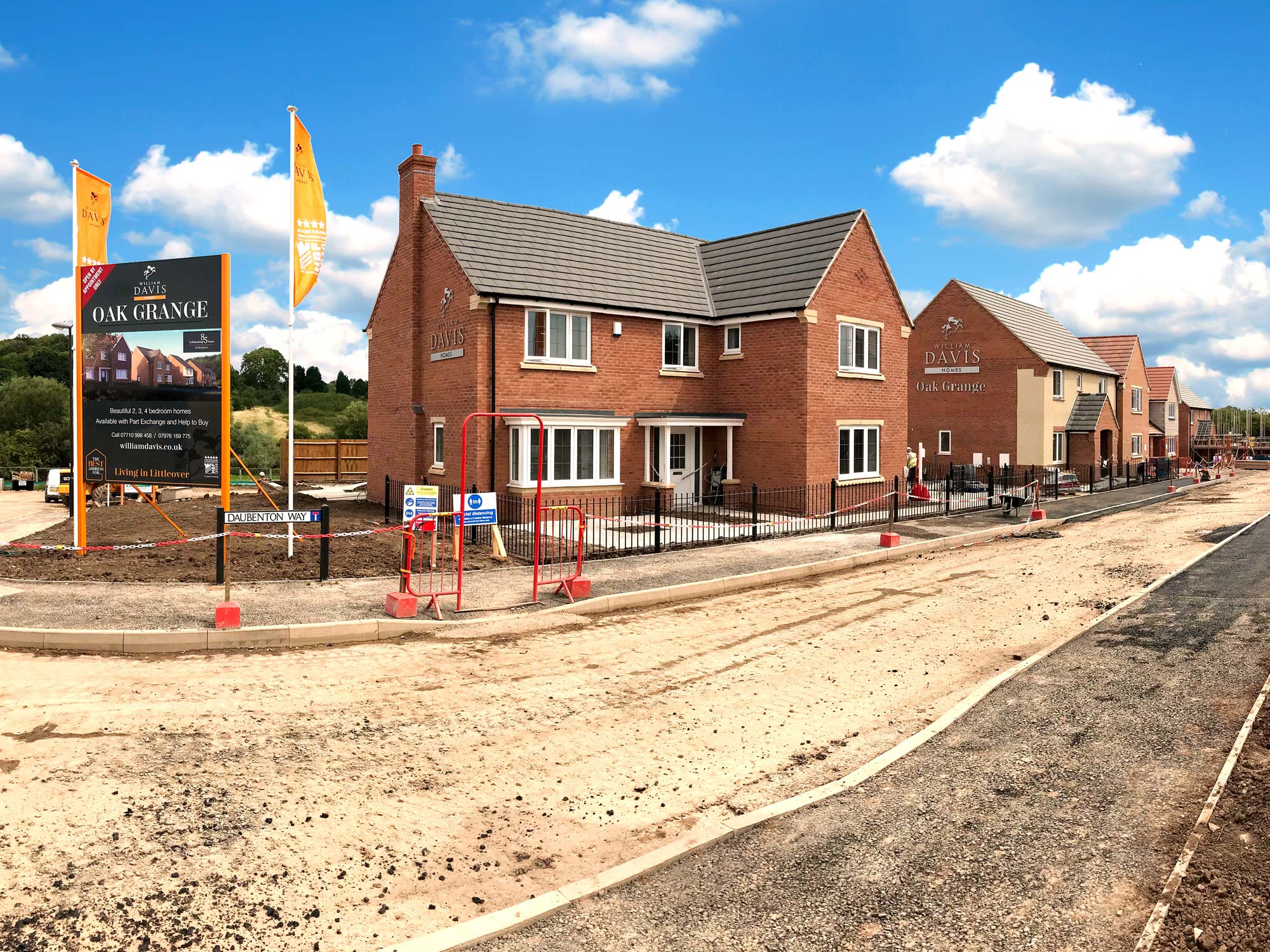 The first layer of Wrekin’s E’GRID™ rigid biaxial geogrid was rolled out over the top of the MT1000. 250mm of 6F5 aggregate was placed and then compacted by a roller, followed by another layer of geogrid and a further 250mm of 6F5.

The substantial half metre reduction in foundation thickness over a conventional founding section reduced the total excavation and export of earthworks, therefore reducing the overall import and compaction of aggregates required.

A further granular sub-base layer was installed and tested, producing results between 70% and 100%, far exceeding the requirement of the pavement foundation. This confirmed that the geogrid solution and application was suitable for adoption to overcome the identified problems.

Altogether, this project demonstrates how value engineering solutions such as geogrids can be used to solve general and site-specific issues for the housing sector, while simultaneously saving contractors time and money.

Wrekin’s technical team was contacted in August 2020 by contractor Interserve (now Tilbury Douglas), which made the improvements on behalf of Suffolk County Council, after the groundworker needed assistance mitigating issues caused by soft ground in the sub-formation near where the link road was being constructed – bringing the project to a halt. 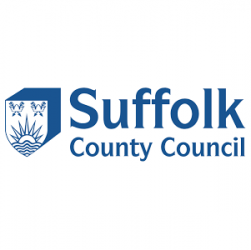 When Peel Ports Great Yarmouth was selected to be the base for the construction and installation activities for the Galloper and East Anglia ONE wind farms in the Southern North Sea, it was necessary to embark on a multimillion pound investment to upgrade the site.